Some royal London venues to celebrate the 2022 Jubilee in

A diamond Jubilee doesn’t come very often – in fact it’s never come around before. With four whole days of celebrating lined up, you’d be forgiven for running out of ideas when it comes to enjoying the long weekend in London. Luckily we’ve scoured the royal parks and estates of London to bring you a selection of venues fit for a Queen, some of them quite literally.

Few monarchs are more iconic (for better or worse) than Henry VIII, and no venue is closely associated with the wife beheading, feast eating, church rending king than Hampton Court Palace. The breathtaking great hall is a dazzling space that can host your very own courtly banquet, and there are plenty of alcoves and nooks to scheme in, too.

For those wanting an opulent 2022 Jubilee party – Banqueting House

This Westminster icon was built for James I back in 1622, and is a Palladian and unapologetically royalist affair with painted ceilings depicting kings, queens and divine appointments (Banqueting House also hosted the execution of Charles I, so there’s something for the anti-monarchists, too). As the name suggests, this impressive and historied building would make the perfect setting for a Jubilee Banquet.

For a sweeping parkland Jubilee – The Royal Museums, Greenwich

How about having your 2022 Jubilee party in a genuine London UNESCO world heritage site? Boasting views of the River Thames, the glass and steel jungle of Canary Wharf, and the beautiful neoclassical complex of Maritime Greenwich, this prestige venue can give you a Jubilee that embraces the wondrous contradictions of London old and new.

For an explosive Jubilee – New Armouries, Tower of London

‘New’ is a bit of a misnomer here, this 17th-century building on the Tower of London complex was originally used to store munitions and armaments. Despite lacking in offensive weaponry, the New Armouries banqueting suite is still capable of getting your Jubilee party going off with a bang (sorry, not sorry). With space for up to 300 guests, and a versatile, partitionable layout this could be the canvas for whatever royal festivities you can imagine.

For a Jubilee party with a beautiful view – Queen of Hoxton

Are we including Queen of Hoxton primarily for the tenuous Jubilee link in the name? Possibly? Does Queen of Hoxton have a stunning rooftop space with unmatched views of the east London sprawl. Yes. Is this the perfect space to have a super-fun modern Jubilee party? Absolutely.

Looking to book an amazing Jubilee venue in London? We can get your party brief out to the very best venues, and you’ll get a reponse directly form the venue themselves. We’re nice like that.

The Best Creative Spaces in London 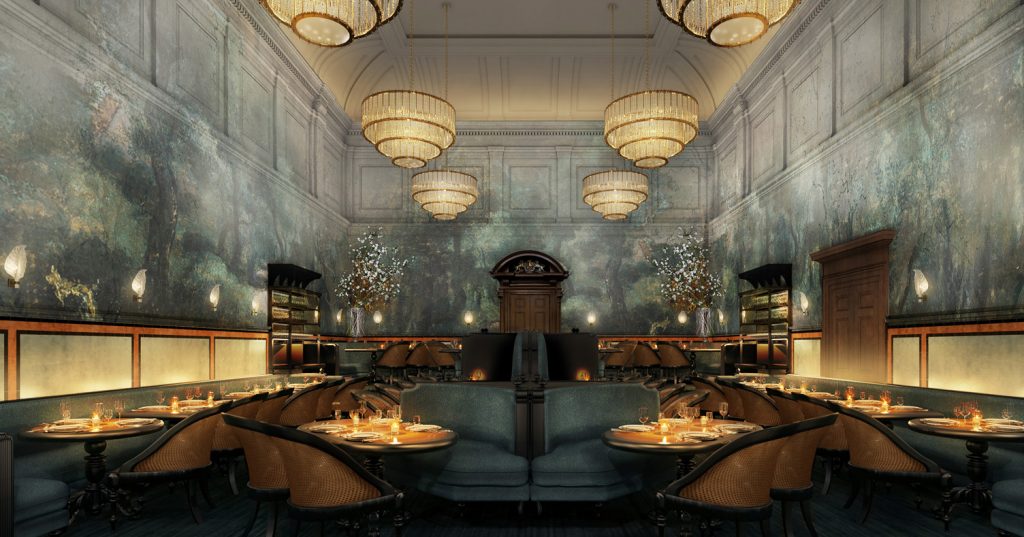 All the new openings you need to know about