I started my own business and became a CEO at the age of just 23. Here’s what I’ve learned.

CEO, a job title that many spend years aspiring to have while others couldn’t think of anything worse than be at the helm of a company.
Having run my own business now for six years I’ve learnt many lessons along the way. Perhaps one of the most pertinent is that there is a considerable difference between being an entrepreneur who is the founder of a business and being a good CEO.
Andrew (HeadBox Founder & CEO) is someone I’ve known for a little while now and when he asked me to do a post for his blog series CEO Corner, I was inspired by his first post which focuses on ‘The power of saying yes’.

Yes, you can do that project even though you may not yet fully know how.

Yes, I’m willing to do something to learn, rather than for financial gain.

Yes, I’m ready to be challenged when I’m wrong.

I believe saying yes is critical in starting out in one’s leadership journey (learning how to say no is important later).

How else can you learn without challenging yourself and making a lot of mistakes along the way?
I’m not sure how much Andrew remembers about how we first met, but I was introduced to HeadBox by one of my investors when the company was in its early stages. He was asked to invest (which he regretfully declined) but suggested I speak to them about running their social media marketing.
I got an initial intro to Andrew but it didn’t go anywhere, mainly due to timing as the business was just about to launch.
Regardless of this, I tweeted him a few weeks later congratulating him on the launch and that I was gutted we didn’t get to play a role in the business because I genuinely thought we’d do a good job at it.
I was running a growing social media agency at the time called ASTP, and to my surprise, Andrew tweeted me back asking for a meeting. Within a few weeks, I’d met his team and we were fully embedded into the business, working on their social media and digital marketing presence.
Not only did I have a great time working with his team but I was inspired by Andrew’s relentless energy and his constant drive for growth and improvement as CEO.
This ties into two of the critical skills I believe you need to have to be the CEO of any business. The first is the need to be relentless in the pursuit of greatness for the company you are running. The second is that you need to be open to suggestions on how you can improve, both personally and professionally.
There’s no generic job description for a CEO, no matter how experienced you are.
That said, doing it at a young age is especially challenging as you generally don’t have the breadth of knowledge across the different areas of business that you need to truly succeed; particularly should you embark on this journey with the absence of mentorship and guidance. Yet, you are expected to thrive regardless and work it out as you go.
Having met people at various stages of their professional career who are lucky (or unlucky, depending on how you see it) enough to be a CEO, the elements that remain consistent are the same.
You need to drive the vision of the company and keep performance on track, whatever that means for the business.

With that in mind, here are five things I’ve learned that I think are worth knowing about starting your own business and being a successful CEO.

1. The difference between founding a company and being a CEO is enormous
Founding a company is actually a pretty simple thing to do. You have an idea for a product or service, and if you’re really (and I mean really) up for it, it’s all about the hustle. You set up a business, learn what you can to succeed by reading blogs and working hard to meet people who can point you in the right direction, focus on the customer need, build the product or service and then get out there and start selling. When you make your first sale, you do that same thing over and over and over again.
The difference comes when you need to start hiring people and have to put processes in place. You suddenly have to start articulating your vision to others to get buy-in from them to continue to succeed. Some get it, and some don’t.
The game that took you from A to B turns into a completely different game and this happens nearly every year as you grow.
This is when young CEOs, in particular, realise they need to change their approach to stay ahead.
2. It’s all about the people
They say successful leaders hire people who are better than them, and I couldn’t agree more. It took me a few years of making mistakes and a lot of mentorship sessions to realise this. Hiring good people who are experts in their field, telling them what you need from them and then learning how to work with them effectively toward a common goal is one of the essential skills of someone who wants to be a good CEO.
It’s not all about just you anymore, and it never really should be. It’s all about the team and collectively working towards the targets.

3. You need to learn how to tell stories
Once you have the right people on board, you’ve got to bring them on the journey. This is especially true if you’ve started your own business, as you’ll often find your thoughts about the future direction of the company or where the industry is going can be different to those around you, even if you know you’ll be right in the end.
This may sound arrogant to some, but it’s well-documented entrepreneurs have a weird ‘sixth sense’ about where things are going, especially those that are subject matter experts in their field.
To be successful, you’ve got to take that vision and play the role of the narrator, explaining why you think things will go a certain way, why a particular product area should be built, or why it’s so vital that you offer premium service to that client who doesn’t technically pay for it.
Becoming a good storyteller is one of the most powerful skills you can master when it comes to motivating your team, selling to your customers and articulating your vision across your business.
4. Lose the ego
This one is essential, especially if you start to see some success in your business. Your friends, family, customers and peers will all tell you how inspiring you are, how amazing your achievements are and how impressed they are with you.
This is all well and good in some measure. After all, an ego boost is no bad thing if you’re running a business as it’s a constant uphill battle.
Learn to use your ego in good measure to motivate people and excite people to come on the journey with you. Confidence breeds confidence.
That said, to continue to maximise on this success, you have to realise that it’s not all about you. It’s really, really not. And you need to get over it.
If you don’t learn this fast, and work out coping mechanisms to pat yourself on the back when you do something well, be critical when you don’t, and focus more on appreciating and congratulating those around you more, it’s very unlikely you’ll grow with the business.

5. Learn the world of finance, and fast
I’m still learning this one now, and boy is it important.
In today’s world, as we see so often with tech startups, in particular, it’s not always profit that drives a business’ success in the early stages or any business of any stage for that matter. It’s the ability to control cash flow.
Of course, profitability is vital; however as an example, if you are running a technology business, you can strive to achieve revenue scale before you optimise for profitability. This can often mean losses are incurred in the early stages of the company, but as the business matures, profits can come in vast numbers to wipe these out, and then some.
No matter the business you are running, as someone once told me, “You better learn finance Alex, and fast.” And so I made that my number one priority until I did.
Learn the financial metrics of your business’ success as quickly as you can, and learn how to optimise them as soon as possible.
I’ve learned the hard way that to stay on top of your game, you need to seek feedback and self evaluate as often as possible, just as much as anyone else in any other role in a business. CEOs aren’t invincible, and nor is your business, no matter how successful you may become.
Onwards. 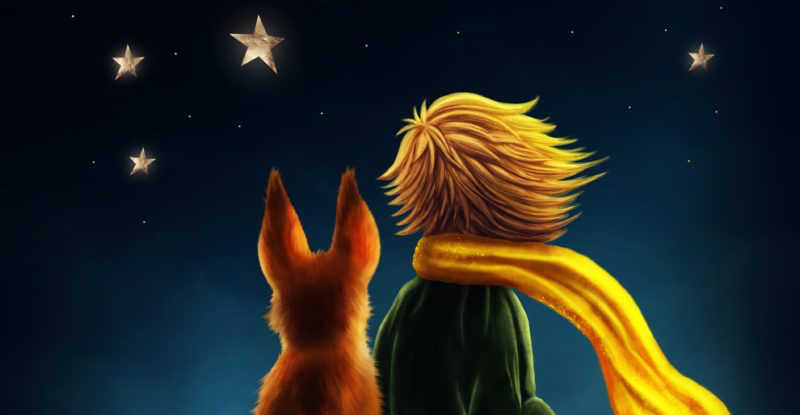 CEO Corner: The Value of Love-Based Leadership – My Interview with Yetunde Hofmann Part. 3 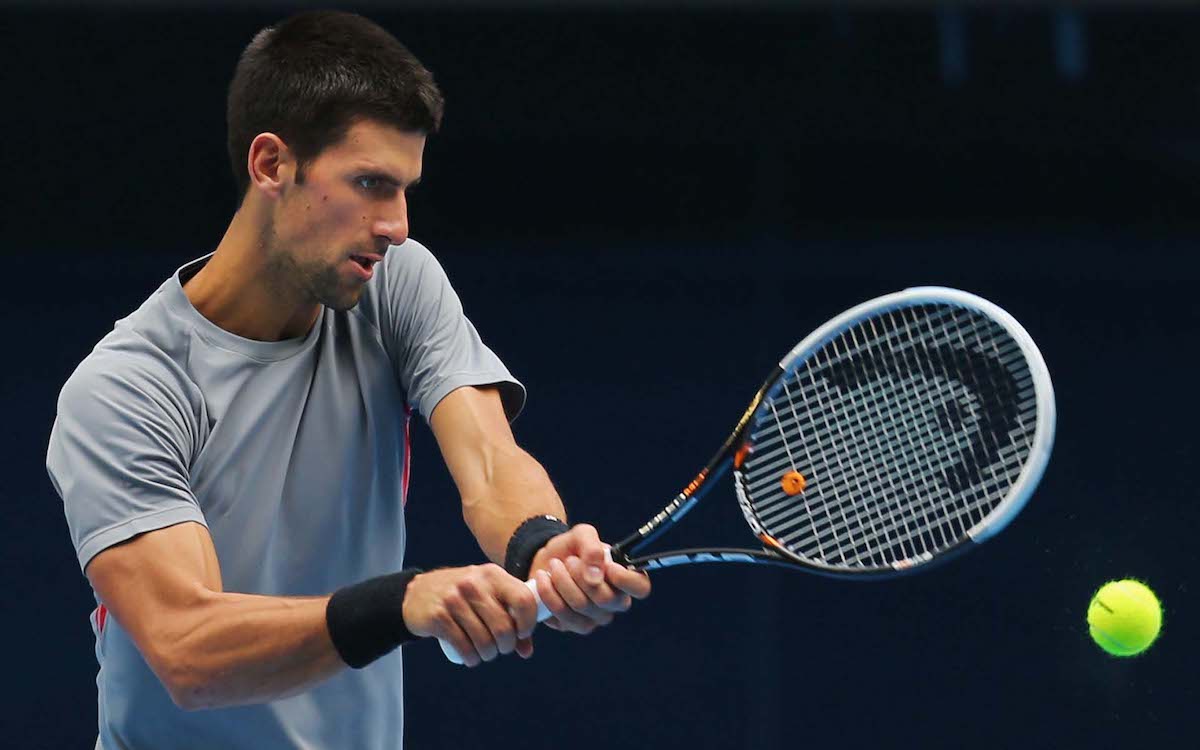 The CEO of HeadBox: Why it's the little things that matter