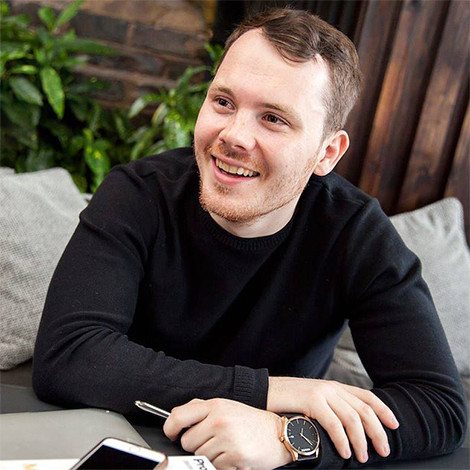 For episode 15 of HeadBox Connect, we interviewed Alex Packham, the Founder and CEO of ContentCal a social media planning and publishing tool.

Alex became an entrepreneur at 23, hear all about his journey below or listen to the full podcast episode here.

Ann-Marie: Can you tell our listeners about the history of ContentCal and how you got to where you are today?

Alex: The short version of this sort of story is that when you look at social media and how to create content for a company, whether it’s a huge corporation or whether it’s a small business, the challenges are all the same – where did the ideas come from? Who writes them? How do you design them? And how do you keep a schedule up? I left Sky in 2014 to set up an agency, and that was when the whole concept twigged and we built a prototype of ContentCal in 2014.

We sold the prototype of ContentCal to our agency clients, we also met a few people that bought it directly and off that I did accelerator which was three months where you pitched for investment at the end.

So there’s no straight story but we started as an agency and the narrative we have in-house is that we’ve built a product from scratch which has now morphed into a fully fledged SaaS business. The software is now in 140 countries with nearly 1000 customers globally.

Ann-Marie: You were 23 when you set up ContentCal, so looking back, what was the strangest thing you did to get ContentCal off the ground?

Alex: In the early stages, you can get ahead of yourself because of your lack of experience. The benefits of starting young is that you’re fearless but you have to listen to people around you who are more experienced and you can get good and bad advice.

You can easily just be doing it without really getting your head around the business metrics and the really serious side of it, but as you go through your journey you get more sophisticated in terms of what you’re learning, what the business needs are and what your own shortcomings are.

Ann-Marie: Let’s talk a little bit more about the product and what makes it different. What is the USP of ContentCal?

There are enormous problems in the creation process especially the waste of content, you might create a social post and use it once but that might take someone two hours to do that social post. So we’ve come up with this formula called COPE which is Create Once Place Everywhere. A system whereby it can be created in ContentCal, under one roof, where all your stakeholders review it in the right way and then once it’s ready to go it can basically be sent anywhere.

Ann-Marie: What has been your biggest learning from setting up ContentCal?

Alex: The biggest uphill learning I’ve personally had is finance, that is a massive thing that I’ve had to learn, especially raising money. Back in the day or in the early stages of raising money you’re pitching for money based on an idea plus yourself. Every funding round is different and everyone is a learning curve and the intricacies of doing it properly and doing it really well are really complex.

Ann-Marie: What one piece of advice would you give to someone who wants to set up their own business?

Alex: Find someone that you know and trust, someone who has done exactly or as close to exactly what you want to do before. People who can talk to people who have been through stuff before can give you so many shortcuts and insights which are really valuable.

The final piece of advice is to always remember that if you want to do something there is no perfect time to do it so don’t wait for the right time.

Find HeadBox Connect on iTunes and Spotify. Listen to Alex’s episode in full and listen to the other episodes in the series.

Liv Rafferty, Senior Digital Content Executive
Liv joined the team at the beginning of 2018 and her favourite Space on the platform is the Under the Hull at Cutty Sark in Greenwich. She loves the history behind the venue and the fact that it's the only place in the world you can party under a ship hull. View Liv on Linked In.
See more posts from this author

Previous Welcome to Women in HeadBox
Next Making Your Venue Sustainable: A Q+A With Rebecca Bain of Meet In Place

Find Us on LinkedIn